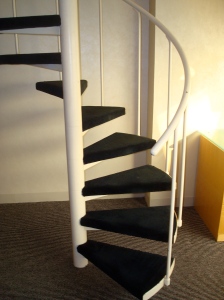 Another trip and another hotel, this time in the city so nice, they named it twice… New York City! My colleagues and I arrived on a Wednesday. On a late flight in, we checked in around midnight thirty. The hotel staff greeted us quite pleasantly. There was only one hiccup in the process, but I don’t imagine this happens to everyone (because this week was also Fashion Week in Manhattan, so the hotel was pretty full), the following day we were told we’d have to switch rooms. Could be an inconvenience, but for making us do this, they gave us passes to the buffet breakfast at the hotel on the main level. Score! With that said, there were a few decent restaurants close to the hotel, including a Sushi Time, a few pizza places and a number of grocery convenience stores. However, the breakfast was a fair and pleasant compromise. Plus, we didn’t even need to ask for any kind of compensation, they simply gave us the breakfast. They also promised a robe in my room, which leads to the next critique.

Robes: No robes! I won’t say this is a deal breaker, but it’s up there close to the top. They may offer robes, but you definitely need to ask at the desk to make sure your room includes them. Neither of the two rooms I stayed in had robes.

The beds, one of the most important features of any hotel, were quite comfortable. I read many reviews of area hotels about the comfort of the beds they offered, so when you go to NYC and beds are important to you, the Millennium UN Plaza Hotel should be at the top of your list. 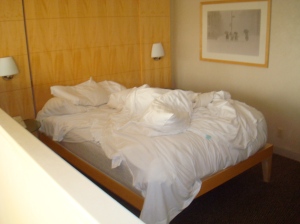 The view from the rooms was good. One room’s view was almost completely taken up by the building next door, but the other room had an amazing river of the Hudson (I believe that’s what river it was).

Another important factor in your choice of room is the shower. This shower was quite nice. The water pressure was good (better in the second room I stayed in), and the shower head was the detachable kind (see picture) so that was an added bonus if you’re caring for a small child and need to wash their hair. The water stayed hot for as long as I needed it. There was no bathtub.

Internet was not free in the hotel. You could pay by the hour or by the day, and I believe it was available only in the lobby.

As far as size goes, the first room I was in must of been a suite, because it was very nice and extremely roomy. You’ll notice in the pictures it even had a spiral staircase up to the next level which included the bed, another bathroom (no shower) and another entrance door. The second room was not as big, but still had plenty of room to spread out. Given the choices you’ll have in New York, these rooms were quite big and for the price, were better than 90% of what you’ll find at that size. 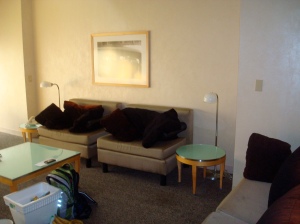 To sum up, I was pleased with my stay at The Millennium UN Plaza. Something that should be mentioned is what one of my colleagues informed me of upon our return to Nashville. Throughout the stay in his room, he consistently heard a pitter patter of little feet. I assumed he was going to say he could hear the people in the room above him, but he clarified by saying it was the sound of the four-legged nature. Yes, mice. So that is a major issue. If you are looking at this hotel, be aware this might occur, but my guess is that if you mention it to the front desk they will be more than happy to make you comfortable during your stay.

As always, if you have stayed at this hotel and care to offer some feedback, it’s much appreciated! 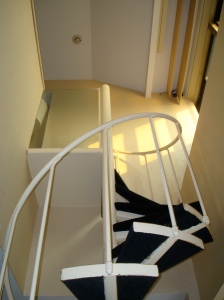 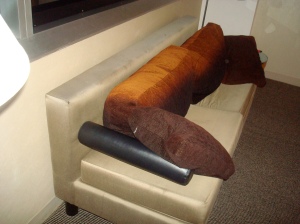