Last week I discovered the oddest thing… a bird’s nest INSIDE a fence post! 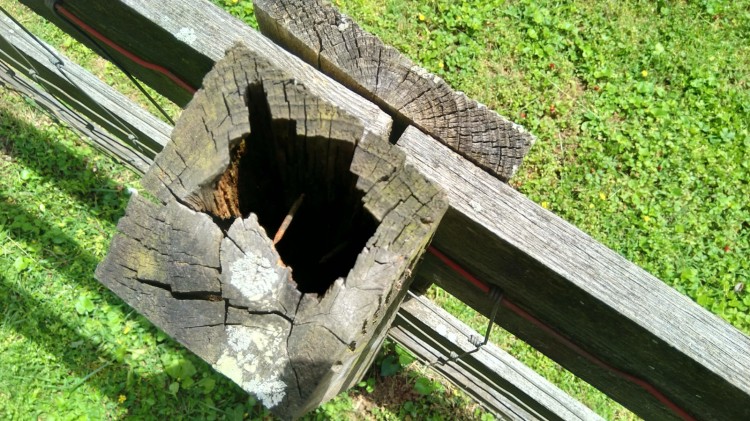 At first I wasn’t sure if I should step in to help, thinking that once the eggs hatch, the hatchlings would not be able to find their way up and out, especially with those nails. I posted my concerns on Facebook and emailed a bird sanctuary. After having more info, it was best for me to leave it be… they would figure out a way to survive.

For the next couple of days, I made a point to check in on them… lo and behold the chicks hatched! They were so cute that first day. Little pink bodies, gigantic black eyeballs (still unopened), fragile little wings with no feathers yet. They were adorable!

I was excited to monitor their development… until this happened.

One of my first reactions after the storm was to check on the nest. It was under so much debri but I sawed my way in and found the birds and nest scattered in the grass below their home. A couple of them had already died, but 3 were hanging on. I set them back in the nest and snapped a few pictures before putting them in a place where I hoped the mom could find them.

I don’t think mama found them because yesterday I recovered the nest, and tried to honor God’s creation by burying the nest with the 3 little babies in it. 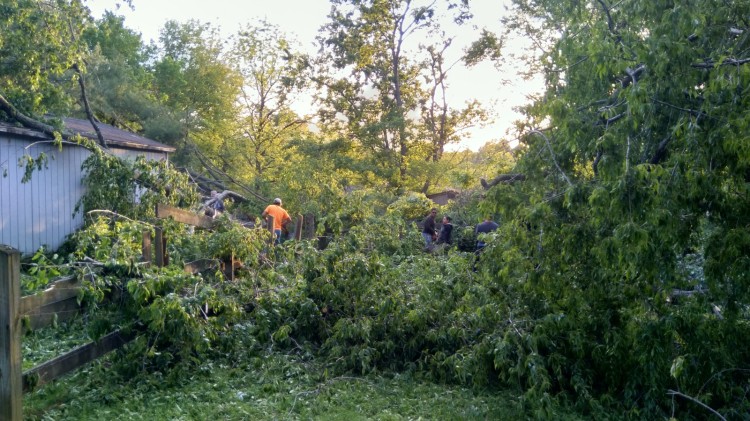