We all knew we should get to bed early for the long day coming, especially my dad who would do most, if not all, of driving. So the night before the race was low key. However, I scrambled to come up with some sort of allegiance to Jimmie Johnson because it turns out pretty much no retail store anywhere carries NASCAR apparel. OK, I’m obviously not an expert when it comes to fashion, because who goes to Lowe’s for clothes? Well, I do. I picked up a tool pouch and some brushed nickel address numbers. The idea was to do something a bit out of the ordinary to cheer on #48. An hour or two later, and possibly too much glue sniffing and I had it. The perfect way to support my favorite racer and carry water at the same time. #doublethreat 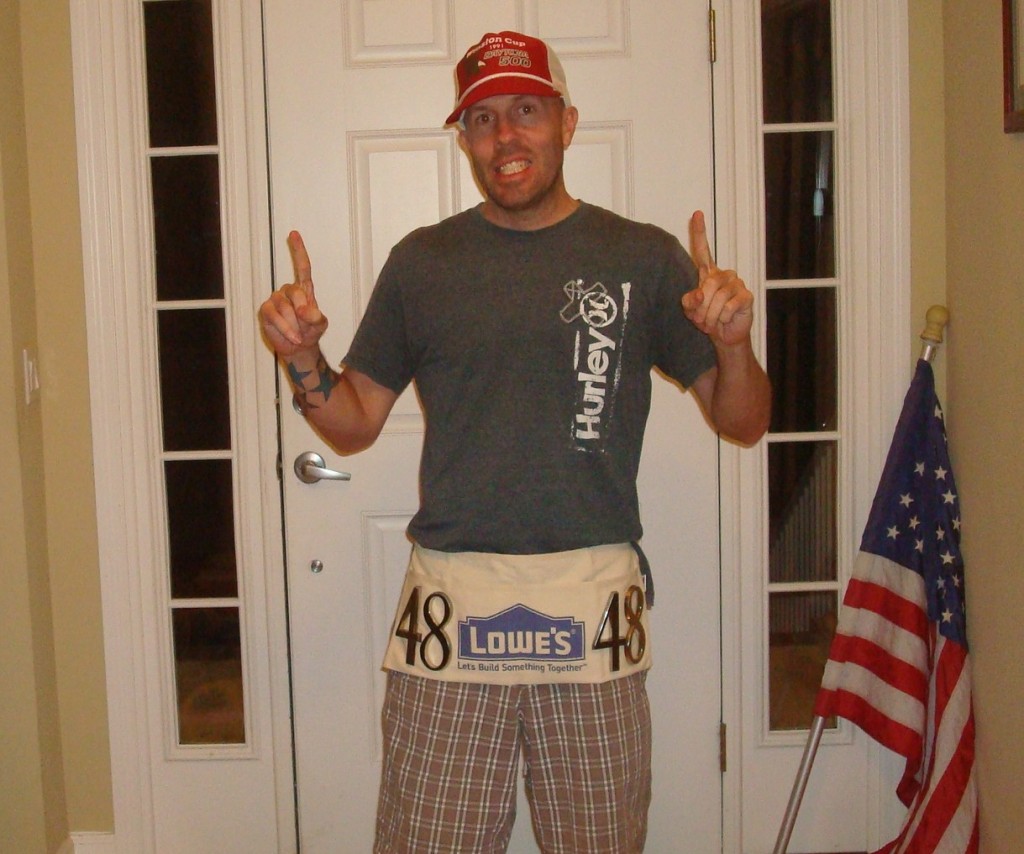 Once my project was complete, my dad and I settled in to watch Captain Phillips. It’s a movie about a freight ship carrying containers around the coast of Africa and the crew’s encounter with modern-day pirates. Very good movie. I won’t spoil it for you but I came away being more impressed with the military and even with a bit of compassion for the pirates, which I didn’t see coming. After that, bed time.

Rise and shine! The sun didn’t get the memo because we left in the dark headed east to Jacksonville. Just outside of Daytona we stopped for breakfast at this great little hole-in-the-wall. 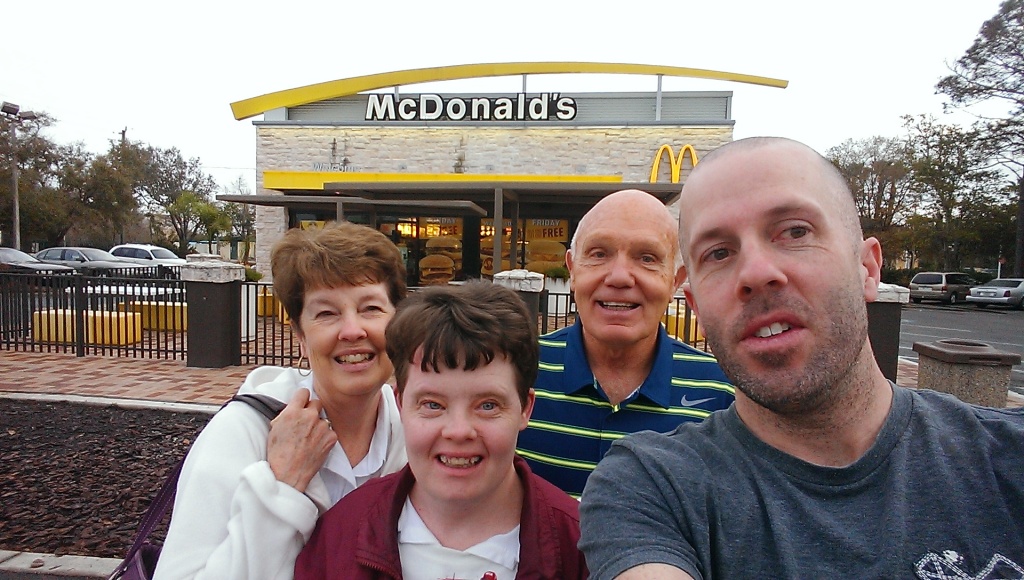 And of course my sister was quick to point out the number of her favorite driver, Jeff Gordon.

After breakfast, my dad dropped my sister and me off at Lot 10 where we caught a bus to the track. Crowds and crowds of people were already there and since it was about 9:00am, we had plenty of time to wade through the crowds in search of fun things to do. She was most excited to see Jeff Gordon’s trailer, so while we were there she bought a #24 backpack. And for those of you asking, “What’s hashtag twenty-four?” Let me drop some knowledge on you. It’s number 24! #pwned

I’m a Jimmie Johnson fan if you didn’t catch that yet. And let me tell ya, I got some looks with my manly apron. But I forgot to keep paying attention to the stares because hey, we’re at the Daytona 500! So much fun. We walked around to check out all the other trailers and some of the vendors. We got a Ford backpack, a few bottles of 5-hour Energy (I love that stuff!), and a few other trinkets. Time went by faster than I thought it would so around 11:15am we made our way back to the entrance near our seats. Here’s a gallery of a few pre-race photos.