Keith Urban has two music videos for his latest song “The Fighter.” The song is a duet with Carrie Underwood. The first video features Keith and Carrie with clips of a lone female dancer. The second video, dubbed the Dancers Version, leaves Keith and Carrie out visually but adds in a male dancer along with the female from the first video. You’ve probably already seen it, that’s why you’re here but click here for the video on YouTube. The pair was most recently seen on stage at the ACM Awards in Las Vegas as part of Keith and Carrie’s performance, but who are these dancers, anyway? 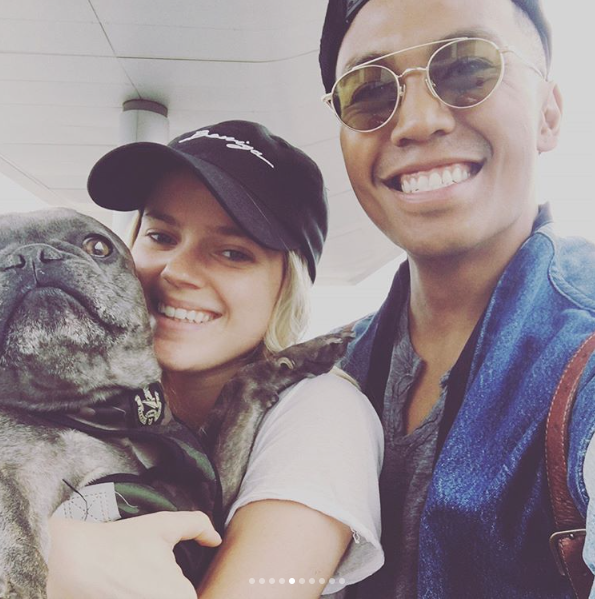 Their names are Lindsay Richardson (left) and Lyle Beniga (right). The pair are an item, as my parents would say. And they were also part of the Tennessee Kids (Justin Timberlake’s band and dancers for the 20/20 Experience tour).

[click here for more about Keith Urban’s new video “We Were”, the post will open in a new window]

Lyle Beniga
Starting with Lyle, he’s got quite the dance resume. He’s danced with A-list artists who are known for their own dance skills: Justin Timberlake, Usher, Jennifer Lopez. Adding to that list, he was part of a Michael Jackson tribute that aired on MTV. So yeah, dancing in any professional capacity as it relates to Michael Jackson is definitely saying something! A few more fun facts:

Here’s the Michael Jackson tribute performance, although I can’t tell which one is Lyle.

You can follow her on Instagram here, and Twitter here.
Lindsay posted a couple of videos of Keith’s take on using her and Lyle for this video. Take a look by clicking these links.
Part 1 and Part 2

These two dancers are amazing! Keep an eye out for them in all types of forms: live, music videos, and who knows where else! And since you made it down this far, you might as well check out my children’s book and pick up a copy! 🙂