OK, my obsession with Dr. Mario is off the charts. Maybe because the temperature outside is too low to do anything useful so I’m inside more than usual? But just when I think I should seek help, I destroy another virus and my ranking goes up. And while I love Mario, I wouldn’t want him to be my doctor. Hello, he’s a plumber! I’d be sitting there like, “What are you gonna use the plunger for? I’m just here for a cold.” Uncomfortable much?

Maybe because you wanted it, got it as part of a bundle deal, it was inherited through marriage, or you just never got rid of the N64 you had in college, but according to Nielson research over half of all households own a gaming console. That doesn’t mean everyone actually plays them, like my Wii, for instance. Up until a few weeks ago, I almost forgot I had it and that’s when it occured to me that I should either use it or sell it. So I fired it up. There are the obvious favorites like Wii bowling, Mario Kart, and often my choice, Excite Truck. But it was one of my first few friends in Nashville that got me hooked on Dr. Mario. Sarah and her roommate Kara had an original Nintendo so on nights I was downtown working late, I’d stop by their apartment on the way home. I’d say it was to unwind with a few Dr. Mario wins, but 1. The matches were intense and 2. Sarah usually won. 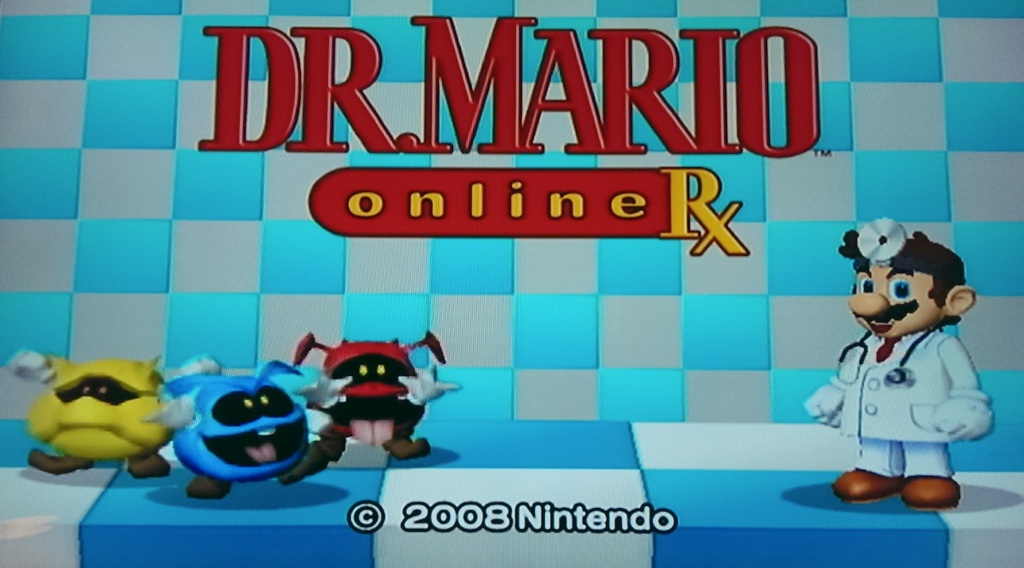 Now I have Dr. Mario on the Wii and when I powered the console on, I decided to call in a prescription that can only be filled by one guy. A plumber actually. That’s right. I knocked off the rust and sharpened my virus-killing skills. There’s a reason why this particular game has been popular since it’s introduction in 1990. I’m obsessed. I play in the morning, in the evening, during halftime of any game I’m watching. Manipulating the pills as they drop is as addicting as real pills! I almost feel like I need to go to rehab. But it’s not a problem, I can quite whenever I want.