Have you ever thought about specific words and the power they have? I’m just now realizing the strength of the word ‘you’. It all began way, way back in the year 2010 while watching a great performace of “Can’t Help Falling In Love” on YouTube (here). A quick history lesson, this song was originally recorded by Elvis Presley (used in the film “Blue Hawaii”) and has since been covered by many artists, arguably the most notable being UB40 in the early 90s. For such a short song, the lyrics repeat “I can’t help falling in love with you” five times! However, it never feel repetitive, ie. “Say” by John Mayer (listen to it once and it already feels overplayed). 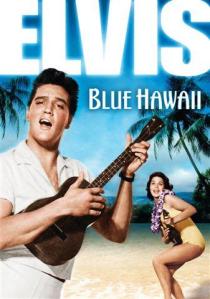 Of course, there are many more songs including ‘you’ because every song is about you, me, or us, right? The word ‘you’ in singular fashion cuts a narrow path to an audience of one, personalizing the message for the intended receiver. But so much more importantly, it elevates their importance! There is a message meant for no one else in this whole wide world, it’s only for you.

You are the worst.

How thoughtful! Gaining the hearers attention, the message-sender now has the the power to build up or tear down. A song like “Can’t Help Falling In Love” builds up. A song like “Crying Like A Bitch” tears down. That’s the power of ‘you’… there’s no general vagueness, no “I wonder who he’s talking to,” no questions about the intended target. So whether it’s encouraging or not, it’s definitely special.

Wise men say, “Only fools rush in.” But I can’t help falling in love with you.

And you wonder why no one can stand you, and there’s no denying, you were crying like a bitch.