Some music videos need to be over the top to get your attention, but others just let the lyrics, location, and a few talented storytellers draw you in. Such is the case with Mat Kearney’s video for “Kings and Queens.”

This beautifully stripped-down music video features Mat singing amongst majestic, jagged rocks, in the desert land just north of Los Angeles and east of Santa Clarita (a city that’s small yet familiar with all kinds of movies, TV shows, and even has a Netflix show named after it–Santa Clarita Diet). This impressive backdrop is a tiny part of the Sierra Pelona Mountains called the Vasquez Rocks Natural Area Park. Take a look at a few pics found online…

The LA Times published an article listing the various Star Trek movies/episodes that were filmed here, too.

…and even Easter sunrise church services.

But what we really want to know is who these dancers are, right? After all, while the lyrics of “Kings and Queens” describe a genuine love most people hope for, the choreography is a love story in it’s own right, without using any words at all. 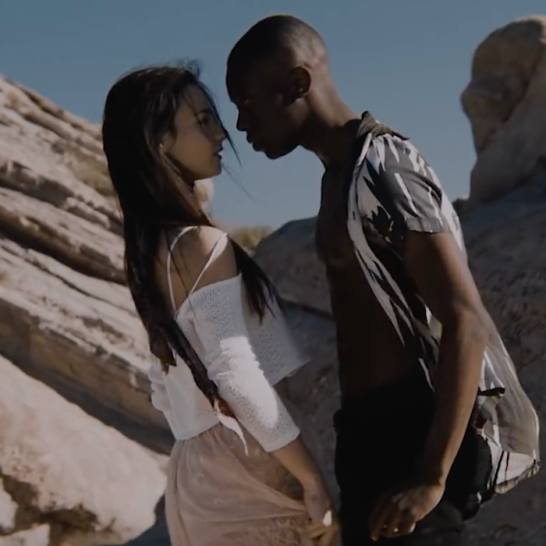 Say hello to Stanley Glover and Bridget Whitman. Well, actually just say, “Nice to see you again!” since you probably recognize both of them from So You Think You Can Dance, among other endeavors they take part in all over the world. More of Bridget’s bio is here and Stanley’s is here.

The above photos, and more images can be found on the Bloc Agency website.

Mat’s video was directed by a veteran in the music video world, Justin Clough. To his credit, he’s directed videos by Rihanna, Chris Lane, and Brothers Osborne just to name a few. Take a second to check out his reel here.

Since there’s sure to be much more from all of these talented folks, do yourself a favor and follow them to know right away when they do their next entertaining thing! Also, thank you for checking out this post, I hope you learned more about the video and as always, please feel free to comment below!