A LOBSTER AND A MOUSE 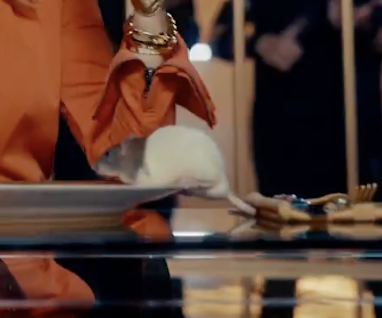 Evidently during the 2015 VMAs Kanye West announced his candidacy for the 2020 presidential election.


And all of a sudden I’ve never been more convinced to vote for Hillary in 2016. Get it? If Hillary becomes president in 2016, you know she’ll run for reelection and Kanye will be out of luck. Unless he runs as a republican? With Trump as his running mate? And Taylor Swift as his Secretary of State?

Any scenario I come up with in my head makes me want Jesus to come back in 2019.

The other day I was driving down the interstate and what did my eyes behold? Taylor Swift! OK, not exactly the Taylor Swift. But it was a semi-truck with her last name on the side. Seconds later it was cut off by a truck bearing “West” on the side and I heard it say, “Yo Swift truck, I’m really happy for you, I’m gonna let you keep driving, but Beyonce had one of the best videos of all time!” 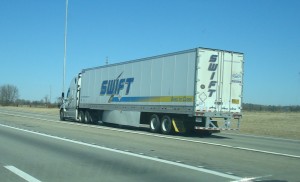 Every time I see these trailers, I think of Taylor Swift for obvious reasons. The first time our professional paths crossed was in 2006 at the music video shoot for Wayne Warner and “God Bless the Children.” My guess is this video would be shot a lot differently today than it was in 2006, because Taylor wasn’t a superstar back then.


Taylor’s days as an unknown audience member in a Wayne Watson music video are long gone.  Her stock has skyrocketed and working at CMT, her name is heard quite often around the offices. I wonder if her worldwide popularity even affects the tractor-trailer business? I can’t imagine having “Swift” on the side of your trailer is a bad thing.  Unless you’re Harry Styles.

Recently met up with a few friends on a side of town I’m never on. This place was called Music City Tippler (I know, what?), and it turned out to be really cool. It’s only been open for a week or two. In the building itself, what stood out to me the most was the attention to detail. The bathroom had brick flooring. There was a lit chandelier made of old, clear soda bottles. Old paintings and murals hung from the ceiling. It was classy. Not to mention it’s the bottom floor of the condominium where Taylor Swift sometimes lives. So that should paint a picture for you.

There were guys with big mustaches and small tank tops. Girls that looked Asian but weren’t.

Parked out front was a classic, cherry Oldsmobile. And not more than 100 feet from that was a Lamborghini Gallardo Superleggera.  The whole night was somewhat surreal and I mean that in the most positive way possible. I plan on going back there because, well, I left thinking… “So this is where everyone hangs out!”

Most of the time, my dreams are about one of these 3 things: alligators, Taylor Swift, or Hawaii. The only one I like is the alligator dream because at least when I wake up, I’m happy it wasn’t real! What do you dream about? Confess below in the comments!

I knew there was going to be a moment of silence today at 1:50pm (Central time) and I very much wanted to be a part of it. So during my lunch break I left the office to jog through downtown Nashville. I love afternoon jogs in the spring because I don’t have to wear layers of clothing, there are lots of people outdoors enjoying the elements, and I have time to think. Most of my thoughts today were consumed by a pretty girl in Franklin, Tennessee, but a couple of other thoughts stood out as well. One: I relate more to Taylor Swift than Carrie Underwood. At least, their songs. Whatever, that’s neither here nor there. The second thought occurred at the worst time, right when I was most exhausted. The cinnamon challenge. The teenage fad is this; trying to eat a spoonful of cinnamon as fast as possible. Evidently, it’s very difficult due to the nature of cinnamon. So as I was gasping for air near the end of my run, I thought about a spoonful of cinnamon which didn’t help me at all.

But then at 1:50pm all that was history. I stopped in my tracks and for 1 minute, I stood in place and prayed for all the people affected by the Boston bombing, especially the ones that lost someone they love. So because the three that died can no longer run, and quite a few others are probably in that same boat now, I didn’t run. For a whole minute. Then at 1:51pm I took off. Call it my little way of pausing to honor those who’ve suffered followed up by running hard to honor those who’ve suffered.

Music has been around since the beginning of time. I can’t believe we haven’t exhausted all possible combinations of words, notes, and instruments. And you’d think after songs like

come out, everyone would just stop trying. “Ok, ok, they can’t get any better than that,” is what people would say. They’d pack up their instruments, tie them to an anchor and toss them in the ocean. Or melt them down and make vases. But no. All of the sudden another song comes out that takes the world by storm.

This whole thing baffles the heck out of me. Oh, gotta go. Time to ice my foot.