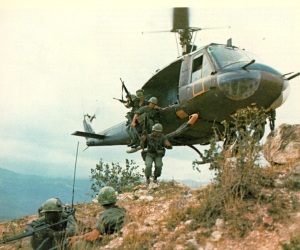 This practice was illegal, but since then has been covered under the rights of the 1st Amendment. Even in 2011, the question remains whether it’s the people’s right to burn the flag. Do laws against flag desecration violate free speech? That’s the crucial issue at the heart of the battle which continues today. For the last few decades, the Supreme Court has consistently ruled that flag desecration is covered under the 1st Amendment; free speech.

While I admire the passion, I cannot agree that burning the flag is, in any way, right or acceptable. What concerns me more, though, is that a lot of Americans are apathetic towards the flag. They don’t burn it, but they don’t fly it either. This has become more and more apparent to me in the mundane task of driving to and from work. It began one day when I saw a flag laying in the middle of a 4 lane road. It was trampled, run over, broken and torn. I wondered how it got there and why it was still there. Who was the lazy or disrespectful person careless enough to leave it laying there? Then I realized I was miles down the road, and had done nothing about it. I was careless and lazy. I blamed someone else for the very same character I showed. Since then, my life hasn’t dramatically changed. I didn’t have an awakening and join the military like a lot of people did after September 11, 2001. There was no big epiphany about how I should run for office or vote more. But I did make a heartfelt commitment to revolt against apathy and lazy disrespect. I won’t contribute to the decline of America, because it’s not the government’s fault. We can blame politicians, we can complain about the President, taxes, or war but change won’t happen until our apathy does. And I can tell you this, it won’t be the big things that change the country- a new President, going to war or not going to war, the Senate, the House, running for office, joining the military, protesting or burning a flag- it’ll be the little chances we have to reject our 1st Amendment rights and spend our energy on something bigger than ourselves. For me, it’s picking up an American flag whenever I see one on the ground. It’s my own way to respect the flag, honor those that fight under it, and perhaps contribute to a new American phenomenon.