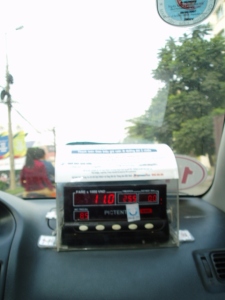 I was sitting in the front passenger seat of a green taxi cab in Hanoi, Vietnam.  I felt pretty good about this taxi for two reasons…

1. There was a plastic box over the meter tracking our distance and cost. This meant the driver was less likely to dishonestly tamper with the meter, deceiving us into paying more. My sister and her husband were in the back, holding their new daughter Ava (click here for her adoption video) who was born less than a year earlier in central Vietnam. The plastic guard put me at ease, but that wasn’t all that contributed to the happy good feeling.

2. The music playing on the car stereo. This particularly catchy song playing over the speakers had such a vintage, timeless feel. The lyrics were fantasticly odd, too, with lines about “a man in Russia long ago.” I couldn’t figure whether the song was a new hit by a band like the Scissor Sisters, or a 30-year-old classic. I later found out the song was called “Rasputin” and guess what, it was from the 1970s. I became the biggest fan of the group responsible for “Rasputin,” they’re name was Boney M. Who? 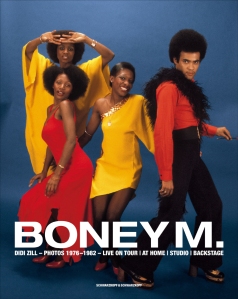 The more you say it the less you’ll feel weird saying it, I promise.

I researched Boney M (say it again!), Boney M, and discovered more of their famed history. Why hadn’t I heard them in the States? They must’ve been more popular in countries outside North America, however, they are closely linked to a well-known U.S. band from the late 1980s. They’re connection to this U.S. band is Frank Farian, Boney M’s creator and producer, who later produced the lip-sync kings we all know as Milli Vanilli. Some Milli Vanilli hits include, “Blame It on the Rain” and “Girl, You Know It’s True.”

Vietnam produced for me a niece and a new appreciation for the international stars of Boney M. Soon after returning to the U.S. from my two-week-long adventure in Vietnam, I found out a Christmas song is credited to Boney M, as well. The song called “Mary’s Boy Child/ Oh My Lord” continues to be a very popular holiday song to this day. Boney M’s hits include “Hooray! Hooray!,” “Rasputin,” “Rivers of Babylon,” “Ma Baker,” “Brown Girl in the Ring” and “Daddy Cool.”

Even in 2011, Boney M is a popular band around the world, their songs being introduced to younger generations through avenues like YouTube and iTunes. Just type in Boney M on YouTube and you’ll see they are just as popular as Celine Dion’s hit “My Heart Will Go On” (Ok, that’s another story for another posting!). It just goes to show that good music is good music, no matter what decade it is, what continent you’re on, or what color your taxi cab is.