Really, this is about blueberries. Certain batches make my face sweat. It must be some kind of allergic reaction. But I don’t know if it’s because the berries are in season, out of season, not ripe, too ripe? I’m just not sure what it is that makes my body react that way. Certainly I’m not the only one. But if so, I was just kidding. Um, so how ’bout them Titans?

She wasn’t single for long. Nope, not at all! It was because my husky physique, my mild manners juxtaposed to my aggressive ambition, my good looks and of course, my athletic ability… had no affect on her whatsoever. She ended up dating a baseball player! I’ll admit his physique was huskier, his manners were milder, his good looks were goober, and he was slightly more athletic, but only slightly more athletic! Afterall, I’m eating blueberries now, so I’ll be an average athlete well into my 80s I bet!

I don’t think this girl was thinking long term at all.

I had no idea I was one of only a handful of people eating frozen blueberries. If you haven’t tried them yet, you’re missing out big time. 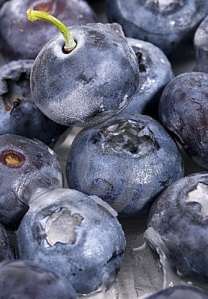 The reasons I started freezing them are 1. Someone suggested trying it and 2. The texture and consistency is more enjoyable. In the past few years, I’ve really grown to like the flavor of blueberries, and I’ll get to the health benefits in a second, but it was the soft mushy blueberry that I could not grow to like. So I didn’t eat them. But frozen? It’s…

“a whole new world, a dazzling place I never knew!”

There’s just the right amount of crunch to offset the squishy berry. But hold your breath, it gets better. Blueberries are full of antioxidants. Check this out:

“After many years of research on blueberry antioxidants and their potential benefits for the nervous system and for brain health, there is exciting new evidence that blueberries can improve memory. In a study involving older adults (with an average age of 76 years), 12 weeks of daily blueberry consumption was enough to improve scores on two different tests of cognitive function including memory.”

The site goes on to say that freezing blueberries does not hurt the nutritional value of the berry. I’m dancing in the streets! And now, I may be jumping higher. Seriously, some guys I play basketball with have mentioned that I’ve been jumping higher the past few months. While I have no evidence, no scientific data, and no proof whatsoever, I am sure it’s the frozen blueberries. Now…

All thanks to frozen blueberries.

They say blueberries are good for your memory. So lately, I’ve been eating a lot of blueberries. Except on Wednesdays because, y’know, there are some things I want to forget.