My dad likes to fish. And by “like,” I mean if he could be on the water every day, I think he’d do it. Something about the call of the grouper, the invitation of the red snapper, not to mention the quietness of the wild blue yonder, beckons him. Sometimes I hear that call, too, but I’m pretty much ready to hang up after a couple of hours. And by “couple of hours,” I mean 1 hour. But when I’m out there, sometimes 15 or 20 miles out, there’s nothing like it. 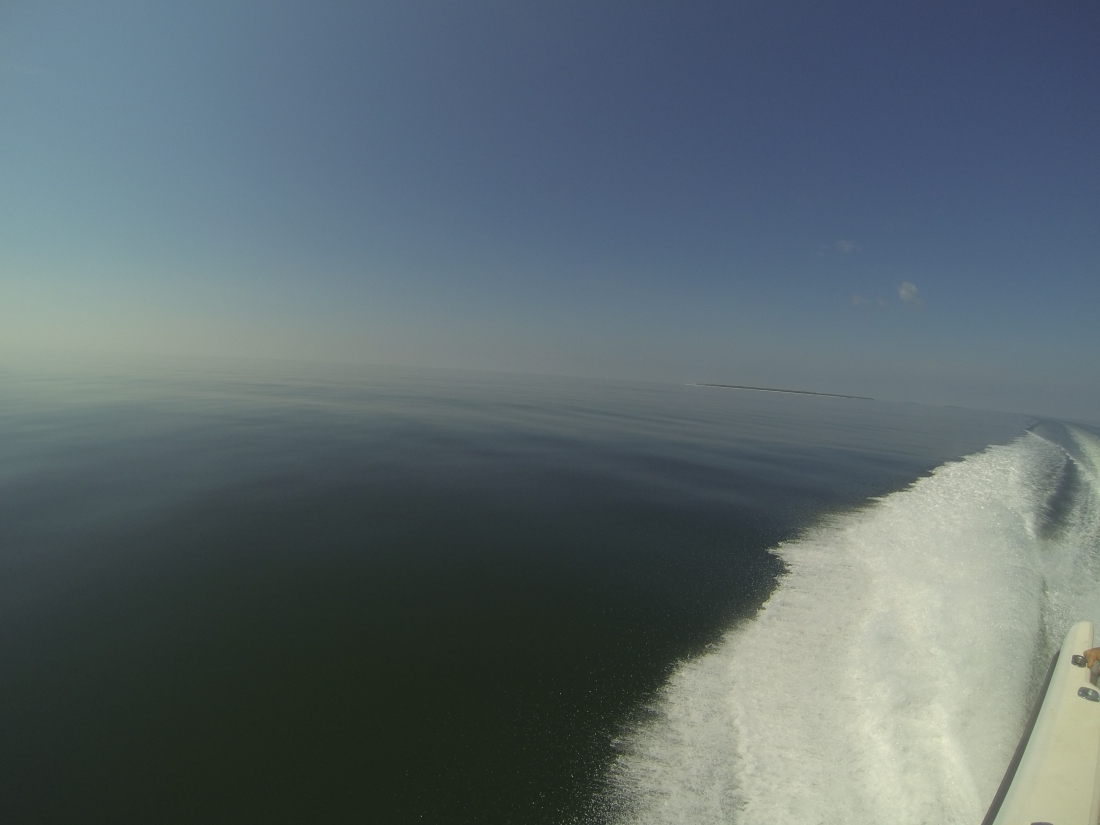 The water is a deep, sparkly, dark blue. The boat rocks back and forth, all the while rising and falling on swells unlike what you seen near a shore. There’s an exciting, and sometimes eerie, mystery to what’s below the 23-ft Boston Whaler because while the water is clear, what’s 90 feet down remains unknown.

So we tie off the anchor. We drop the lines. There’s a variety of bait samples used in hopes of hooking the big one. I might be on the bow of the boat. My dad at the stern. My brother starboard. My brother-in-law port side.

Because of my dad’s expertise, we are usually on top of rocky ground, which if you have fished before, you know the most elusive fish and the ones you want are tucked in the holes and crevices of the jagged edges there.

And the bite? When these fish bite, you know it! There is rarely ever a nibble that prepares you for what’s to come. These fish pack a wallop! It could be a 20-pound grouper, or a 2-pound rock bass, but the moment they bite you could swear you’ve hooked a whale. That’s part of the adventure. And boy, is it a thrill!

“There are plenty of fish in the ocean.”

Dating is lot like fishing. Emotions rising and falling like ocean swells. The mystery of who you’ll meet, when you’ll meet them, the chase. The ones that are worthwhile are usually harder to find, and don’t just go after the first bait that comes along. So you drop your line and hope to God to get a bite. All kinds of fish, all kinds of people that could potentially turn into your happily ever after.

But you may have to wait a while or reel a few in only to throw them back because they’re not right for you. You might need to pull up the anchor and find a new ledge. Then you drop your line in again… and wait.

Well, when I started dating the girl I’m writing this and the previous post about (and for what it’s worth, other posts like this and this), I thought I’d hooked the big one! At times it was a struggle. At times I wondered if it was worth the fight. But when it was good, it was really good. She was unlike any other I’d dated before and while it wasn’t always easy, it was worth it in the end. But then there was the end. The end of the dating relationship, the end of a friendship. I wasn’t prepared for losing my friend.

Since then, I’ve missed her. I’ve wondered where she was and what she was doing. I thought about the places we went, the conversations we had, the dreams we had for the future. Songs came on the car radio and I either had to change the channel or dive into the deep and mysterious feelings of loss and doubt. Which isn’t always smart when, ya know, you’re supposed to be paying attention to the road!

Time went by and I never told anyone about any of this. I was supposed to get over her. I was supposed to be over her. Whatever rule that said after a certain amount of time, a person needs to move on didn’t work for me. But it stayed hidden because I didn’t want to admit I still missed her. That is, until I was riding in a van to Missouri with my brother, to whom I confided in with these feelings that kept me unsettled all this time.

Talk about a boring conversation for my nieces, right?

Well, they were asleep through most of it, so they were spared the Hallmark-worthy retelling of my dating life. 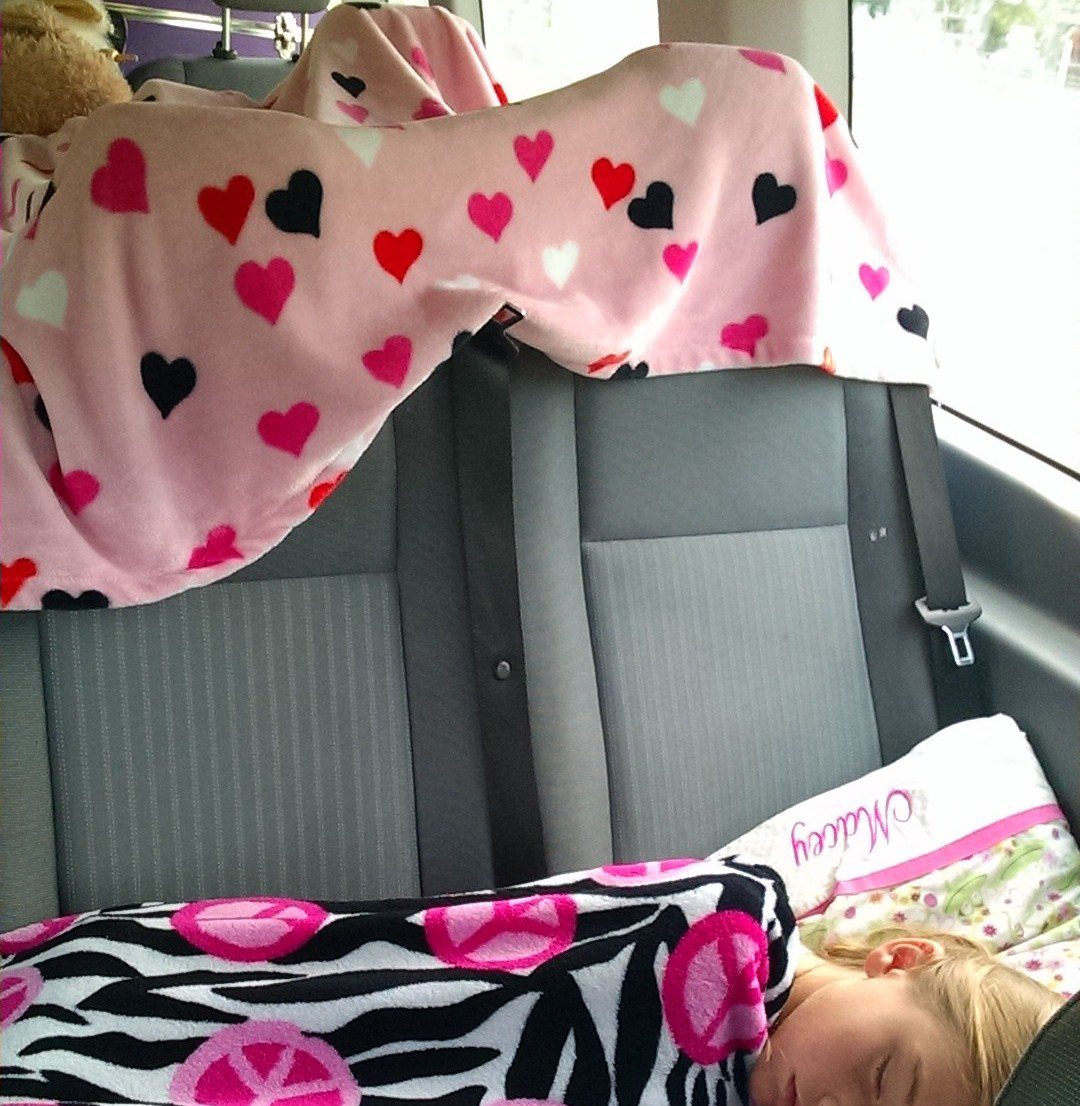 Our conversation moved on to other stuff and we didn’t talk about her again till the trip back to Florida. This leg of the trip included one of my sisters. She and my brother challenged me to write my feelings down, try contacting her, and pursue what was clearly heavy on my heart. For the most part, I was on board, with the intention of being cautious as I didn’t know a whole lot about her current dating situation.

We arrived in Florida for a week with the rest of the family. I knew there wouldn’t be time to give appropriate attention to what I wanted to say in the letter because, well, the house was full of 8 wild kids, 8 adults, and 4 dogs. I’ll write when I get home, I told myself. So when I got back to Nashville, I dove in head first. I started with writing part 1 of this rekindling story.

I’ve totally dragged this out and by now you’re borderline postal wishing I’d get to the part where I reveal that I wrote the letter, she got it, and…

A. We chatted, she’s married with 9 kids, but has fond memories of days of yore.

B. I showed up to her house with five thousand roses, she welcomed me with open arms and we’re now married with 15 kids.

Well, put away your Scantron® because this isn’t a test! I can say for certain neither A. or B. is the right answer, anyway. There’s always a secret third option– in this case, not writing the letter, which is the decision I settled on. Yep. The romantic gesture intended to express my feelings for a woman I haven’t spoken to in a long time is not happening. I considered writing the letter. I really did although I didn’t have a clue where to start. But after time, prayer, and a considerable amount of peace I have about it, I’m cutting bait.

I will always be thankful for the Missouri trip even though it’s hard for me to exactly define what changed for me. All I can say is that when I got it out, when I actually talked about it out loud with human beings, therapy was happening. And even though I didn’t write to her directly, I did write.

“There is no greater agony than bearing an untold story inside you.”
― Maya Angelou

Now I feel relief, a weight lifted off my shoulders, closure or a chapter ending, whatever you want to call it. My steps are lighter and my heart feels untethered. I haven’t felt this free in years and I gotta say, I’m thrilled at what the future holds as far as relationships go. It’s scary to admit that in any relationship I’ve been in since she and I broke up, she was always in the back of my mind. I’m grieved to think of wonderful women (except this one) I missed out on because I wasn’t fully present. But I think that’s a thing of the past now.

I feel a release I can’t explain well.

It’s peace about the decision to let go. Finally letting go for good. Forgetting the past and moving forward to the future God has for me. And I’ll say this, too… I believe in a God that is bigger than me. His ways are higher than mine and his thoughts higher, too. He’s the great conductor and if, in the masterpiece He’s creating, He chooses to have her and I cross paths and He knows we’re better together than we are apart, then so be it. Amen.

So that’s how it’s going to be for me now, in this moment, and tomorrow and the next day and the next day. Happy for what God’s brought me through, and with the rise and fall of the ocean swells, my line is in the water. The anchor is tied. The sun is shining.

And it’s a beautiful view.