I was recently reminded that I needed to make a special trip to the store. What for? Well, I’ll just say this…

you know it’s time to go to the store when all you have left are Dude Wipes.* 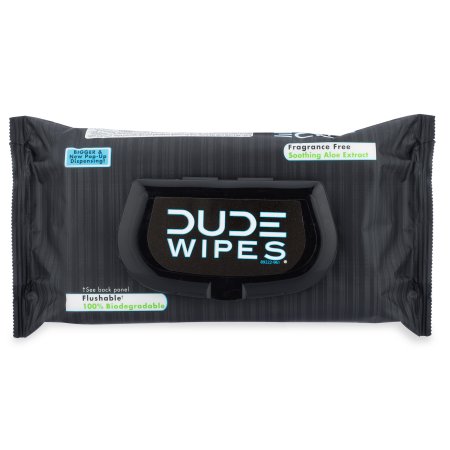 *As an Amazon Associate, I earn a portion of any transaction made from links on this site. There is no extra cost for you.*

One of my dogs eats her own poop. I’ve written about it before so it’s not a subject I’m uncomfortable with. I mean, if she’s comfortable enough to eat poop, shouldn’t I be comfortable enough to talk about it? She’s my daughter after all, and I’m not ashamed of her! With that said, I’m not particularly fond of this habit of hers. She’s 8 years old and pretty much for her entire life I’ve tried to keep her from doing this horrid thing. But for 8 years, she’s done this horrid thing.

The other day I caught her in the act and I was determined to stop it. So what did I do? Something I’ve done a million times before: I got a stick to poke the poo and toss it over the fence.

That’s right, I poke the poo.

The only thing is, just like a million times before, I ended up just stabbing the poop balls because they wouldn’t stay on the stick. So now we’re left with poop that’s actually easier to eat than it was before!

Yep, I’ve smashed it all up into bite size pieces. Think of a potato that’s been turned into smashed potatoes. Just add butter and she could have a decent second or third meal going here.

All in all, I guess it does help keep the yard clean, so the next time I’m mowing I don’t step in a bunch of doggy doo. Maybe this is her way of earning her keep.

Oh goodness, should be thanking her?

I’ve been spending quite a bit of time on the road and I always imagine I look like Jimmie Johnson out there. Great hair, perfect beard, manly, the envy of all my peers. The problem is I don’t drive anything like he does professionally. But sometimes, yes sometimes, I like to think I’d win a track race. Or heck, even just cruise ahead of the cars next to me on a regular road. It rarely happens because I don’t have a Subaru. Or a Porsche. Or a neat little Ferrari.

Today, I swear I came off the line first, but there was not much else I could do driving the ultra gas-friendly hatchback Nissan Versa. Take a look.


The driver next to me, while slower to put her foot on the gas, passed me with ease and soon enough she was rolling off into the sunset, with another trophy marking the implosion of my pride. Good for you, woman!

Do you still get bills in the mail? Like, they’re printed on actual paper? If so, I can relate! And if you’re like me, you don’t want to just throw them in the trash for someone to find later and steal your account numbers. It’s not like anyone would ever want to see my water bill but hey, it’s about personal privacy.

And there’s something gratifying about shredding paper into tiny, unidentifiable pieces.

This might be surprising to you: I’ve seen quite a few shredders at estate sales over the years. Haven’t bought one yet. I guess I’m waiting for “the one.” She’ll be beautiful, helpful, and color doesn’t matter. Which actually describes quite a few things I’ve got my eye out for 🙂

But about those bills. Well, let’s just say they end up in a fiery blaze on cold fall nights.

I seriously hope Minsoo isn’t reading this. I’m not making fun of him as much as I am wondering which girl in Nashville would honestly reply to this heartwarming message?
The highlights:
1. he’s new in here
2. he has all his teeth (and they’re super clean!)
3. he has 2 pictures, one with clothes, one without (aww, come on Minsoo!)
4. the more I read it, I’m Minsoo!! (except for that whole 3-times-a-day teeth brushing thing… gosh, Minsoo, let ’em breath)

I don’t think much explanation is needed for this but once you read it, you’ll be dying to read a dictionary for it’s proper spelling alone! Anyone outside of Tennessee, this is not the best we have to offer… I hope. My favorites:
1. tryna make it (hey, aren’t we all)
2. ne thing (much easier than typing anything, ow my fingers hurt now)
3. all she needs are hot water and a toothbrush (for her 3 teeth, I’m assuming)

Out of the Wilderness
Blog at WordPress.com.