He uses his phone to call you, not just text. Remember the good ol’ days when you sat by the phone and waited, then the excitement when the phone rang? Not only is calling a sign of a confident man who likes you, it’s also classy.

He answers the phone when you call. He’s not playing games with you. If he can, he answers because the girl he really likes is calling him. That’s a big deal.

He responds to your message the same day. If he likes you, he’ll probably call before it’s been “days later” unless he’s playing games.

He organizes events just so you’ll attend. Facebook events page, anyone? If you score an invite to a group outing to watch wrestling at the Stadium Inn because you love Arick “The Dragon” Andrews, it could mean the event was all planned for you.

Interested in an embarrassingly funny real-life dating story? I’ve got one worth a read 🙂 Just click here!

He likes having inside jokes with you. This is a little thing that means a whole lot. It connects the two of you in a place where no one else is connected. So if inside jokes are a part of your relationship, chances are he wants to know you more.

He asks to spend time with you. Spending his free time with you is the biggest compliment. What he’s saying is that of all the things he could be doing, he wants to be with you. Obviously, that’s huge.

He asks in person or on the phone to see you. Doing this takes guts, and shows he likes you, or at the very least, thinks you’re interesting. If he texts you and asks you to dinner or something, then he may not care as much as you’re hoping he does. 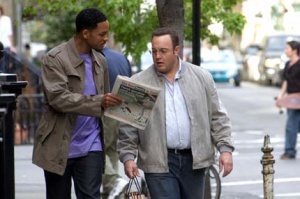 * (can be applied to males or females)

He tells you personal things about his family. Letting anyone in on family stories is usually a big deal. This means he trusts you with what may possibly be most important to him, his family. Disregard this if the family he speaks of is his wife.

*I am an Amazon Associate. I will receive a portion of any completed transaction through the link above.