Raised as a Southern Baptist Christian, I always thought any drinking was wrong. It’s not necessarily my parents that taught me that, just the culture that existed in the Baptist church in the 80s and 90s.

So when I became an adult I still believed drinking alcohol was wrong, or even a sin. Naturally, I didn’t drink because of that. As the years have gone by my opinion on drinking has changed and I think that’s a good thing. Instead of just blindly believing one thing or another, I’m learning why I am the way I am in this area.

It mostly started when I moved to Nashville and began making friends, and some of those friends (who were/are Christians) would drink a beer at a party, or drink a glass of wine at dinner or a special event. I wondered if they were just rebelling, or was this issue less black and white than I’d grown up believing?

Long story short, I rarely drink except at special events like a wedding and I’m mostly OK if you drink, too.

For the longest time I was uncomfortable when anyone asked why I don’t drink or if it’s OK if they drink while I’m around. I didn’t want to come across judgy or “holier than thou.” The truth is I can’t stand the taste of any alcohol I’ve ever tried. White wine? Red wine? Shots? Whiskey? Beer? They’re all gross to me! no offense 🙂

Why are you drinking? If it’s because you like the taste or it helps you relax, fine. But if it’s covering up or helping you escape real life… well then yes that’s something I wouldn’t support, for you or for me. Because what you drink isn’t as much of an issue as what it’s masking (if anything).

I remember when this ‘aha’ moment came to me, and I’m glad it did because to know the reason behind someone downing a glass of wine or chugging a beer, I have to know that person better than an acquaintance. It’s a challenge for me to be more social, and to be a better friend.

I remember traveling with a crew from CMT where we’d have a remote shoot in Arizona, or California, or some tiny town in Kentucky. I loved spending time with them because they were all genuinely good people. In fact, lots of times one of them would buy a round of shots for the group and we’d have some sort of moment where we all raised a glass for a toast (usually before the shoot because afterwards we were exhausted and just wanted a long sleepy date with the hotel bed!). These moments were instrumental in my thoughts on drinking, as well, because each time I had a choice. Would I join the crew in the toast, and take a shot of the throat-burning, mouth-tingling drink of choice, or be so rigid that I can’t bond with them in this way? I sincerely believe sitting out would do more damage to my relationships with these men and women than joining in and creating memories from these memorable trips.

What are your thoughts on alcohol? Have you experienced anything you’re willing to share about why you drink, or why you don’t drink? I look forward to hearing from you in the comments below!

This summer has blown by faster than a hummingbird’s eyelid. Actually, that kind of sounds like the name of a race horse…

See what I mean? Even the horse announcer guy agrees this summer has gone by fast. Evenso, I’ve had time for the typical summer activities- the beach, weddings, and travel. I was hired to shoot video for two weddings, here’s a glimpse at both. 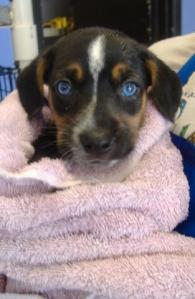 I have a new travel companion now, a beagle/blue heeler/lab mix named Asia. She’s a handful, with a personality quite the opposite of my first puppy, Piper. It’s fun to watch the two dogs play together, although I’m still relatively new as a dog owner, so I wonder if it’s playing at all. I see their teeth a lot. Piper has giant ears. Asia has icy blue eyes. I hope they become best friends.

For the first 7 months of the year, a friend of mine used the spare bedroom in my house until the house he bought as a short sale was renovated enough for him to live in it. Having a roommate again after living alone for 5 years was interesting. I knew it would be tough, but he was a great roommate and gave me room and time to adjust back to “roommate life.” I’m happy for my friend and his new house. I like having my space back but I will neither confirm nor deny that I, again, walk around in my underwear.

A long time ago in Tallahassee, Florida a friend of mine introduced me to contra dancing. I wouldn’t go at first, because let’s be honest, would you? After giving it a try, though, it was a lot of fun. When I moved to Nashville, I found where the contra dance was and went a few times. It wasn’t the same so I stopped going. Well, this summer I picked it back up again and it’s a lot of fun. Not the normal crowd I hang with, but that’s part of why I like it.

About a month ago I tied a hummingbird feeder outside my kitchen window. It’s fascinating to watch the birds extract the juice from the feeder. They’ve become a favorite of mine as of late.

I’m excited about how this year will finish. I’m looking forward to college football, NFL football, more dates, and playing with my two dogs. When Asia gets old enough, I’m hoping to become a regular at the dog park near my house. We’re probably still a month away from that.

A friend of mine keeps reminding me that I should try out for “Wipeout” so I’ll do that soon. Whether I win or not, I’d try to race as fast as ‘Hummingbird’s Eyelid.’ 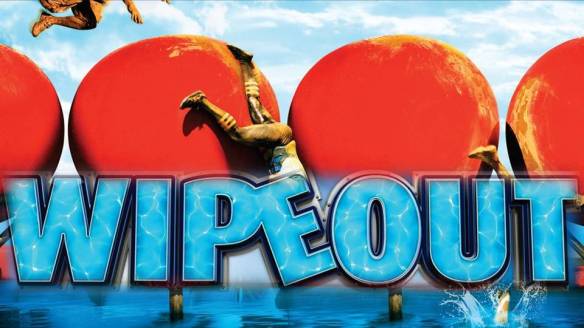